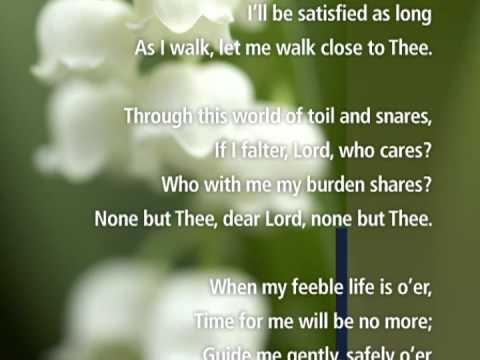 Jesus is the ultimate hero, the role model by which all other role models are measured. He lived a life devoid of sin, pleasing to God. Then, in the greatest and most fantastic reversal in history, he dies only to raise himself from the dead. That, is the epic story, with the ultimate hero, who serves as the perfect role model.

We are all part of the story. Don’t get it twisted, there is only one hero in the story, and it isn’t you; it certainly isn’t me. Jesus is the hero; we are participants in his grand tale, which allows two major categories of participation. All of us begin our participation as rebels, enslaved to our lust and pride, exercising our desire to overthrow a good, just, and rightful king. Some of us find wisdom and knowledge as we participate in the story, and by grace throw off the chains that bound us to slavery, that we might enjoy the freedom of serving our great and glorious God.

I want to stress that you can’t be the hero, that is for Christ alone; anytime you seek to be the hero, you show yourself as a rebel. It is also true that Christ alone is the perfect role model; however, you are called in Christ to both have role models, and to be a role model.

And we desire each one of you to show the same earnestness to have the full assurance of hope until the end, so that you may not be sluggish, but imitators of those who through faith and patience inherit the promises.

Remember your leaders, those who spoke to you the word of God. Consider the outcome of their way of life, and imitate their faith.

Both of these verses point us toward imitating faithful role models. Now look at Hebrews 11:1-6

Now faith is the assurance of things hoped for, the conviction of things not seen. For by it the people of old received their commendation. By faith we understand that the universe was created by the word of God, so that what is seen was not made out of things that are visible.

By faith Abel offered to God a more acceptable sacrifice than Cain, through which he was commended as righteous, God commending him by accepting his gifts. And through his faith, though he died, he still speaks. By faith Enoch was taken up so that he should not see death, and he was not found, because God had taken him. Now before he was taken he was commended as having pleased God. And without faith it is impossible to please him, for whoever would draw near to God must believe that he exists and that he rewards those who seek him.

We will particularly look here at three things:

Many of you struggle with this, and the simple fact is, you aren’t sure this God exists. Some will say they don’t believe in any creator, omnipotent being, or god. Some will say the believe in a greater power, that they think “something” might be out there; like a kid thinks something is under their bed. Yet you do not believe that this God, as revealed in scripture exists. It isn’t a matter of belief that some god exists, it is a matter of believing this revealed God exists. It is simple logic, if you don’t believe that this revealed God exists, you necessarily can not please him and wouldn’t even attempt to.

Then the argument goes further, you must believe that this revealed God rewards those who seek Him! Now a lot of people get twisted right about here. They see reward and immediately interpret that to mean their sinful lusts will be satisfied. When they think reward, they think revenue, they desire carnal pleasures and possessions.

We Christians are, by cultural standards, a strange people. Look back one chapter, at Hebrews 10:34-36

For you had compassion on those in prison, and you joyfully accepted the plundering of your property, since you knew that you yourselves had a better possession and an abiding one. Therefore do not throw away your confidence, which has a great reward. For you have need of endurance, so that when you have done the will of God you may receive what is promised.

We joyfully accept the plundering of our earthly possessions! Say you are sitting at a table with a few pennies scattered before you, and a stack of $100 bills. Some gang members come in to steal from you, hold you at gun point, and take the three pennies then run off. I reckon yer gonna be pretty joyful, eh? They took three pennies, you still have thousands of dollars.

The Christian sees earthly possessions the same as the pennies. We don’t like being held at gunpoint, we don’t appreciate having anything stolen from us. But oh the joy that our greatest treasure, our true reward, is safely in our possession. To put it another way, our greatest treasure holds us safely in His possession! Our reward is this revealed God himself. When we seek God, He rewards us by giving us Himself and making us His own!

Believe then, that this revealed God exists and will indeed reward you if you seek Him. This is faith, pleasing to God. This faith gives us the assurance of our hope in Christ.

Lets now look at Enoch, the role model held up in verse 5 and consider his faith. We see three noteworthy things here:

That is a short list for a role model, and it seem wise to see what else scripture has to say about Enoch, which is really only two other short segments, one in Genesis and one in Jude.

It was also about these that Enoch, the seventh from Adam, prophesied, saying, “Behold, the Lord comes with ten thousands of his holy ones, to execute judgment on all and to convict all the ungodly of all their deeds of ungodliness that they have committed in such an ungodly way, and of all the harsh things that ungodly sinners have spoken against him.”

We can see here a few other noteworthy things to build out our list:

What an amazingly short list of things to know about role model, while at that same time providing a treasure trove of knowledge. Three of these tend to be the sensational ones that get the most attention. Yes he lived 365 years, fathered Methuselah, and didn’t die but was translated to heaven.

I would also caution you to be realistic in your expectations, those three things, while true about Enoch, aren’t likely to be attainable by your force of will. Don’t set yourself up for disappointment when you die a few years short, when your children don’t live as long as you think they ought to, or when a flaming chariot doesn’t arrive to pick you up when you scheduled it.

So lets focus on the other items, no less sensational, that we can indeed choose to model, and are precisely expected in the normal christian life. First, Jude demonstrates for us that Enoch lived in a society very similar to our own. It was a time of grumblers, malcontents, loud mouthed boasting, favoritism, sinful desire, and all manner of ungodliness.

This is an encouragement to me! That my role model isn’t ignorant or divorced from my own experience. Heck, many of you are grumblers, malcontents, and/or loud-mouthed boasters. Enoch clearly didn’t live in some fairy tale land and time.

Enoch was counter cultural, in this environment he had a faith that pleased God! What an encouragement this is. I want to be a counter-cultural man like this. I love Mark Driscoll’s quote:

We also see that he walked with God! Hebrews tells us that you can’t draw near God if you do not please God, and you can’t please God without a faith that seeks God. Clearly his faith was pleasing, we must understand that he sought God. A faith that says it believes in God, but doesn’t not seek God, does not result in walking with God.

How do we seek God? In prayer, in scripture, in community, in fellowship like this, but primarily through scripture. Let me repeat myself, God primarily reveals Himself, who He is, what He is like, through His written word. Certainly He is revealed in prayer, and community, and fellowship … but primarily through Scripture. Most of you have so much dust on your bible you can write damnation in the dust with your finger, if you can find your bible.

Before you say, “But I’m illiterate, I can’t read”. … if you are pursuing God, that’s not gonna slow you down. It’s just an excuse. Find someone who can read, and make them help you know God! Consider the treasure, because I bet you would figure it out if the reward was winning the lottery.

Finally, let’s look at the point that Enoch drew so near God that he walked with God! This is astounding, this is sensational, and this is something we aspire to!

Our Southern Fried Gospel society around here can complicate grasping just how sensational this is. We have some christian lingo that includes the term “walk with God” and it gets thrown around so much it seems to me that it can cause this passage in Genesis to lose its punch. So lets consider the context.

Tim Keller points out, that if you read the Genesis, with no knowledge of the rest of Scripture, you should notice a few things. Primarily, Adam is not walking with God here. Adam is hiding. When you are walking down the street, and you see someone you have wronged, someone you are in conflict with, you typically avoid them, you don’t fall in beside them and walk with them. You try to dodge them, avoid eye contact, get away.

Then God calls out, and ultimately they are cursed. Fellowship is broken. Kicked out of the garden. No more walking with God, in the garden, in the cool of the day. Then, and I love how Keller points this out in his sermon “Enoch and the Purpose of Faith”, you read through Genesis 4, and then get to Genesis 5 and suddenly see “Enoch walked with God”.

This should floor us! Death was introduced in the curse, and the first hint of the gospel, when God tells Satan that the offspring of the woman would bruise Satan on the head, while Satan would bruise his heel. Now, we see this guy enjoying close fellowship in walking with God, and he escapes death! We see man reconciled with God! There is hope!

Scholars and intellectuals can debate the symbolic nature of this “walked with God” all they want. I’m with Tim Keller, the context indicates it was a physical, take a stroll, sort of a walk – but the most amazing thing is not that, but rather that we see a man enjoy forgiveness and reconciliation!

Spurgeon points out, in this context, that you are in the midst of a war, and many of you prefer to ignore it. However, you are either walking with God, or making war against Him. Either you are unjustly warring against your creator, or you are justly next to him. It is telling that Enoch did not remain quiet or neutral in this war, he prophesied against the unjust and ungodly in his day.

Oh, let me be a man who walks with God! Let us be a people who draws near to a God who is pleased by our faith that believes he exists and rewards those who seek him. Then let us be like these heroes of the faith in Hebrews, living lives that others might look at and say, “That. That is a life of faith and walking with God that I want. I’m going to imitate that.”