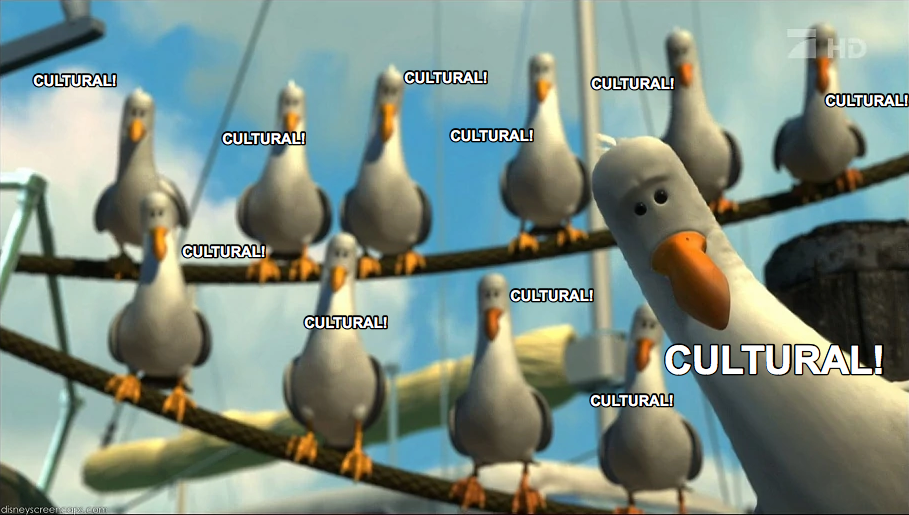 It often amazes me that I can read scripture and come to such completely different logical conclusions than others, whom I respect and believe are capable of exercising sound logic. One of the places I often experience this is in those verses where folk like to claim, “cultural”!

I am innocently reading the same verse they are, and seeing the verses say that the issue at hand is derived from the creation and celestial origins, and they just keep saying “cultural” over and over again. I’m looking at you 1 Corinthians 11:1-16.

Maybe I do not comprehend the context. These are clever folk, I should go back and see.

I simply can not find a context for culture. It seems particularly awkward to attempt to claim the context is cultural when, by all appearance, Paul militates against that by clearly articulating that the issue is a deviation from creation and celestial causes.

Yet folk still desire to be contentious.

Clearly, the hair on the head is of some great importance to God. While God created a normative framework of hair length and head coverings for men and women, He also chooses to use the hair on the head as a symbol of vow keeping before God, making the head particularly holy and consecrated (which is not natural in a fallen world) to God (ref. Numbers 6). So, God has decreed an exception to the natural order. He is God, He can do that. If you are male, and take a Nazarites vow, grow your hair long and … keep all the other old testament laws regarding Nazarites. Good luck. Women do not need a Nazarite vow to grow their hair long, but they would still have to shave their head at the end of the vow.

What about illness? What happens if a woman gets cancer .. or lice?

Scripture prescribes shaving the head for a number of illnesses. Leviticus 14 for example. Scripture is not against shaving a woman’s head for health reasons. However, illness leading to shaved heads for women is not normative, it is another exception to the rule.

How long is long? How short is short?

I believe when we get to this question, we see that the person asking the question is no longer concerned with the scripture, but are concerned with getting what they desire. The implication, if not the outright statement, is that if there are no discreet measurements to keep, then the whole passage is invalidated because in some culture, men wear their hair down past their shoulders and that culture does not consider that long. Or women cut their hair above their shoulders in this culture, but still, consider that long.

What in the world!? Here is how we do it in our household.

I desire to glorify God in everything I do, including how I cut my hair. So I work diligently to make it a point to keep my hair trimmed to the point that no one accuses me of having long hair. I strive to keep every hair on my head under four inches … because I was military. That can be a challenge with those weird hairs that grow on my ears.

I typically shave the sides of my head and keep the hair on top of my head short. Sometimes, I go a month without getting my hair cut, and some of my hair might actually touch my ears. I do this primarily because the scripture in question tells me that the length of my hair communicates my honor of Christ to … God, Christ, angels, and other Christians.

Tracey desires to glorify God and honor me in everything she does, including how she cuts her hair. So she works diligently to make it a point to grow her hair as long as she is able and maintain it in all of its glory. So she gets the dead ends cut, keeps her hair in good order, and wears it to her glory. She does this primarily because the scripture in question tells her that the length of her hair communicates her honor of her husband and Christ … to God, Christ, angels, her husband, and other Christians.

We train our children in this, and every one of them has rebelled. My boys all want to grow their hair out long. My daughters have all wanted to cut their hair short. We tell them that when they move out, they can choose for themselves, and as long as they live in our house this is one of the ways we will serve the Lord.

I suppose the list goes on and on. People who do not want to follow this prescription for hair in the family of God will poke and prod at anything. To return to the point of this post, it seems clear to me and mine that whatever it is, it is not cultural.

If you are inclined to be contentious, we have no such practice, neither does the Apostle Paul nor do the churches of God.

What About Financial Debt