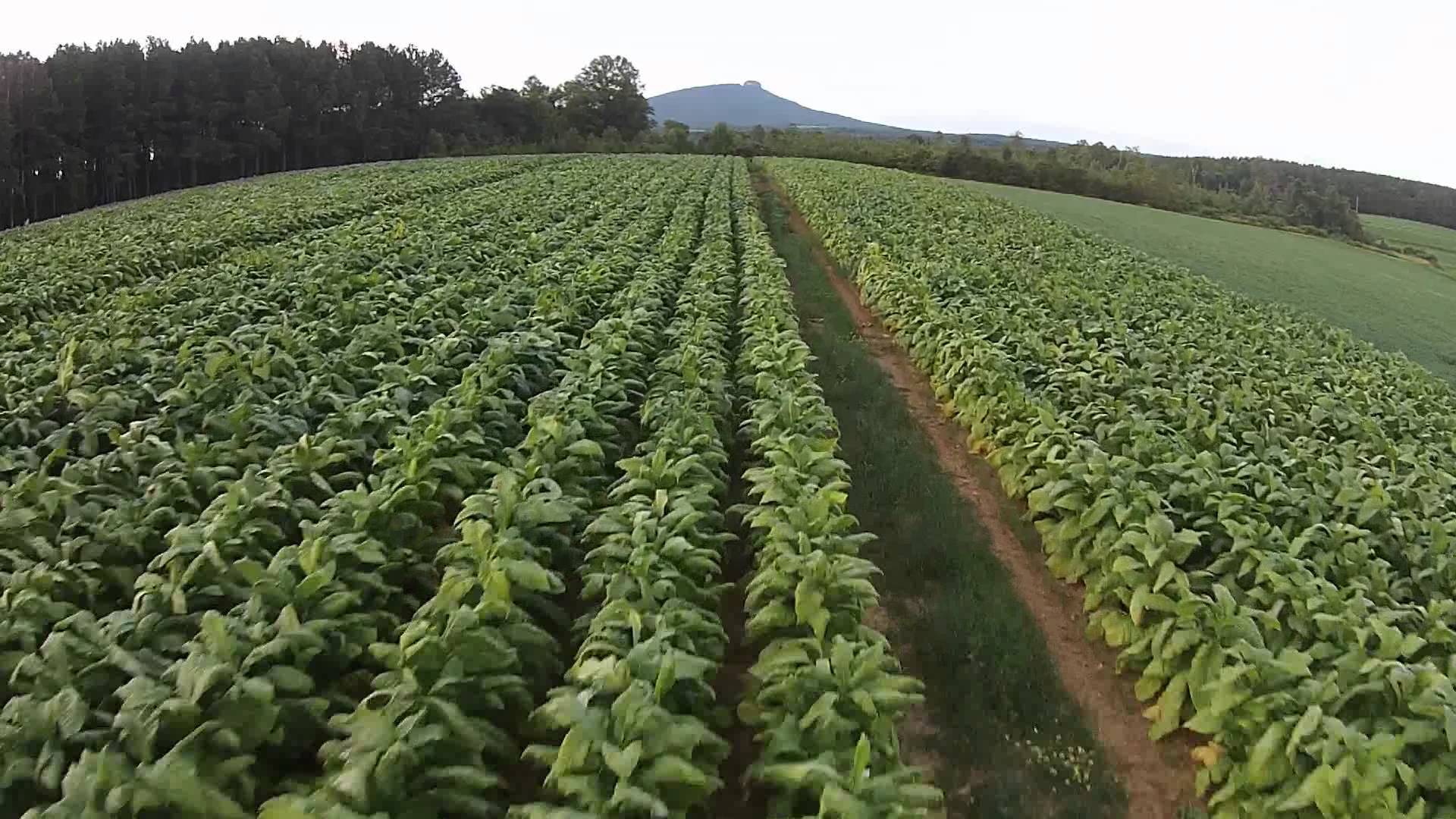 I am fully aware that America (and the world in general) has determined that Tobacco, in all forms, is an evil, insidious, disease ridden addiction that is likely the root cause of all the problems we have today; and that if we do not create laws that forcibly prevents people from growing it and/or engaging in the use of it we will only destine ourselves to greater evils still. But, I reckon I’m well on the other side of peer pressure, and I’m just not that concerned with what America (and the world in general) has determined. I have chewed tobacco, I chew tobacco, and I will continue to chew tobacco. This isn’t the point of the post, it merely leads into the story that follows, because you see, when you do something that America (and the world in general) has determined is “wrong”, it certainly leads to some confrontations.

About five years ago, I was working as mid-level IT (support & operations) manager at a large Bank in America, I wouldn’t want to name them outright, so don’t go asking me which Bank in America I’m talking about, because I’ve no intention of providing you an Opportunity to figure out which Bank in America it might be. So, I was in Chicago, working at this Bank, and had a number of responsibilities. One of those responsibilities was ensuring a Change Control Board (CCB) meeting was held and facilitated daily.  This meeting, while chaired by myself, consisted primarily of members who outranked me in the Corporate Hierarchy but a level or two and was a relatively weighty and important thing to be held accountable for.

It was also a pretty aggravating and difficult thing to facilitate. If you have ever been in a position to regularly tell a group of people who are individually and collectively more powerful/influential than yourself that their proposals are not good ideas and explain to them why, in such a way that you offend them the least and manage to maintain your own job, you will have an inkling of the monotony of this meeting. I also had the privilege of leading a group of men and women, and the power to delegate the responsibility of facilitating this important responsibility to one of them. So I delegated this particular responsibility to a fellow named Drew Shields (note, all names are changed in this story, in order to protect the innocent!).

Now, as noted previously, I chew tobacco and I would occasionally chew at work. Knowing the opinion of the rest of the world, I was diligent to ensure that I only chewed at my desk when I was alone. In general, someone had to sneak up on me in my own domain to catch me chewing at work. One afternoon, as I was working on a headcount spreadsheet (oh the joys of management) and enjoying a little long leaf flavor when the phone rang. I answered it to be admonished by a high ranking bank official for not having the CCB beginning on time and they wanted to know where I was and when I would be there.

A quick check of the clock confirmed it was that time of the day, and I replied, “Drew should be there any moment.” As soon as the words were out of my mouth, I remembered that Mr. Shields was out for the day, and I that I did indeed need to run the meeting myself. I hung up and quickly headed to the other side of the Sears Tower to the boardroom we met in. It was a good meeting, if I say so myself. I worked them Sr. Managers over good, stopped the silliness and confirmed the good stuff that we would be doing over night, and all in all was quite happy with myself as I caught the train home that evening.

The next morning, just as I got into the office and was about to sit down, my phone rang again. This time, it was my boss Jim, who asked me to step over to his office for a quick chat. I complied, and as I walked into his office and pulled the door close behind me, I heard him ask, “Bubba, did you really run the CCB meeting yesterday with a chaw of tobacco in your mouth and a Styrofoam spit cup in your hand?”

He chuckled a bit at that, then informed me that a particularly high ranking, very senior, female member of the leadership team that participated in the CCB had been quite offended by the fact that I had done such a thing. She had accosted Jim and shared her disgust with him, and then gone on to inform him that she would be calling Human Resources to escalate this problem before she stormed out of his office. Jim assured me that I wasn’t going to lose my job over this, but it would be a challenge to get through and to expect a phone call from HR in the near future and handle it appropriately. I then wandered back to my office with that sinking feeling of “Oh crud, what have I done?” settling into my gut.

Every time the phone rang, my gut would jump and that sinking feeling would refresh it’s hold on me. However, a few weeks passed and HR never called. The whole topic just sort of dried up and went away, with no one ever mentioning it. I eventually got over it and went on with life as normal. I’m reasonably sure that only three people were aware of this whole episode, Sr. Lady Manager, Jim, and myself. I’ve no reason to believe that anyone else was ever brought into the loop.

A few months later, the big wig HR lady from New York City flew in to lead a one day seminar on how to properly manage contractors. Apparently, Microsoft had recently lost a lawsuit to a number of contractors who felt like they should have been employees, and this big Bank in America wanted to ensure that they didn’t run into the same issues. Given that I managed contractors, to the tune of hiring about two contractors each month for 6 month stints, I was on the short list to attend said training, which I did. I might mention here how boring, redundant, and useless the training was … but I won’t. I will say, that towards the end of the day, we got to the point were we are all sitting around thinking, “You are done! We know you are done. Please, for the love of our sanity, release us and let us go back to work!”

But does she release us? No! She sits back and says, “Well, we are done with this for the day. But I rarely get out here to Chicago, and would like to make the most of my time here. Is there anything else that you would like to discuss before we take off?” As I sit there praying that no one will open their mouths, my good friend Bob Goudzwaard, in an apparent attempt to get my goat, speaks up and says, “Yes! I’m curious what our corporate policy on chewing tobacco in the workplace is. I’ve searched for something on it, and can’t find any reference to smokeless tobacco.”

Clearly, I’m the only person in Chicago that regularly chews tobacco at this particular bank, and I’m thinking that this is just great, and sort of sunk down in my chair to wait out the next few minutes to get released. About this time, the HR lady responds, “Interesting that you would ask that question. A few months ago, a Sr. Leader here in Chicago called me and asked me the exact same question! I’ll give you the same answer I gave her. Do you know where this company has it’s headquarters?”

I sat bold upright at this point, and leaned forward to catch every bit of the upcoming conversation! All of that anxiety in the pit of my gut had been secretly growing into a consuming tornado of insecurity that nigh on caused me to swoon, thankfully I was already sitting down.

She asked, “ Do you realize that the tobacco industry has traditionally been the most important industry in North Carolina and the backbone of the state’s agricultural heritage?” 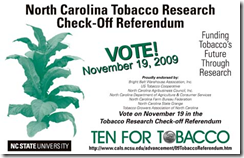 She further asked, “Did you realize that <insert name of tier 1 level bank officer that everyone knows> chews tobacco?”

She stated, “Well he does, and I guarantee you that I will not be the HR person that begins a conversation about ceasing the use of smokeless tobacco in this workplace. At this Bank in America, we chew tobacco and are proud of it!”

Needless to say, I not only relieved, but extremely joyful to be the hearer of such glad tidings. It suddenly made sense to me that the whole issue sort of went away those months back. From then on out, I continued to be sensitive about where and how I enjoyed my chew, and I never ran another CCB meeting while chewing, but was no where near as anxious about it.