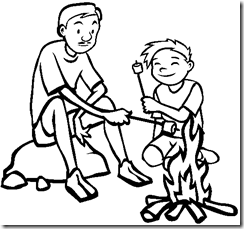 We have officially started up the Friday Night campfires again! For those who haven’t kept track, we called it off over the summer, what with everyone traveling and quite honestly, Tracey and I wanted a bit of a break. However, we are now back into full swing and the attendance appears to increase each week.

The whole thing started when we moved into the house almost three years ago, I wanted to combine my love of Theological and Philosophical discourse with my love of sitting around a fire, and so I proceeded to invite folks to come out to the house on Friday nights to participate in said activities with me.

Primarily a group of men began showing up, and it didn’t take long to encourage them to bring their wives and kids. At some point, my children began inviting their friends from school, and over time the thing has morphed and ultimately taken shape as primarily an event for the youth we are associated with. This has been a bit disconcerting for me personally, as I was very bought into sitting around the fire talking to adults and find myself surrounded by teens and pre-teens instead.

There are still plenty of adults who show up (Tommy Jinks, Scott Hines, Will Stranathan) with their families, but the focus is clearly on the youth at this point I believe. I sat down with all of ‘em last week, to discuss how we will approach Friday nights this year. It has become quite obvious that they appreciate structured activities rather than being left to their own devices, and we needed to get some expectations properly set with regards to what is expected of them each week as well.

With regards to expectations, the youth are expected to be well-behaved (by Bubba’s standards), engage in the conversation(s) in a mature manner (no deflecting question, reflecting attention, or otherwise acting all shy and uninvolved), and pitch in to help make things work. One item in particular is that we will take at least thirty minutes each Friday night to engage in some Theo-philosophical conversation, which many of them refer to as a devotional or Bible study. That is likely because they lack the appreciation of what the differences are between a devotional/study and a Theo-philosophical conversation, so we are working on that was well.

We then talked through other structured activities we had enjoyed in previous nights, and listed out the ones that we most liked: 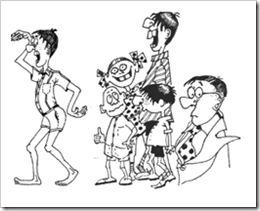 Then we engaged in some brain storming around things that we would like to do this year:

I also told them the topic of conversation this week would be Who/What Defines the Term Christian and gave them a week to cogitate on the concept, some seeded thoughts in this space were society/culture, church, a dictionary, denominations, etc. It seems everyone is pretty interested in the topic, and I’m looking forward to hearing their collective thoughts tonight. If you are in the area, we get started around 7:30pm ET and love having more people.