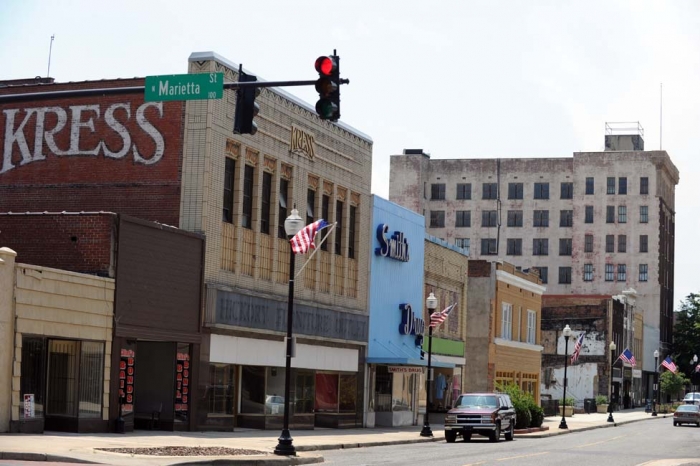 There is a correct way to do anything, and typically a multitude of incorrect ways to do something.

Tracey and I spent the last seven years of our lives worshiping and serving at Exodus Church. We spent two years helping to plant Exodus Northlake and the other five years at Exodus Belmont. We were some of the first members of Exodus and were members since they had members. We were blessed at Exodus, and we were blessed both coming in and going out.

Today, we were prayed out of Exodus. It was a bitter-sweet experience. The love we felt, the friends we hugged, the hands we shook, the songs we sang, the familiar preaching and teaching we sat under, was so sweet. The fact that God has called us to move on, and we won’t regularly be gathering with those same people, we won’t regularly sing those same songs, we won’t sit under that familiar preaching and teaching is poignant, sad, and leaves a slight bitter taste to contrast the sweet.

However, Exodus Church is a Suburban church, and God has been shaping Tracey and I for an Urban context. Our hearts are broken and a passion therein ignited for the hungry, homeless, wounded, poor, and destitute in our city. We desire to not merely serve them, but to be among them regularly throughout the week, loving them, ascribing worth to their lives, demonstrating that we value them as people. We would make disciples in the midst of the ruin and wreckage of lives in the projects, slums, and tent towns of our city. It is sad that most folks who live here in Gastonia aren’t even aware that there are tent towns full of the homeless and transient hidden just out of sight in the wooded lots around the city.

Tracey and I have been attending Crossfire Worship Center over the summer. A multi-ethnic, urban ministry in the heart of this mess we call The West Side. It is a church that is vastly different than Exodus yet loves the same Jesus and hates the same sin. It is a body of believers struggling not only to eek out a living under hard circumstances but to glorify God while doing so. The building we meet in is dilapidated, we have buckets around the sanctuary to catch water because the roof leaks when it rains. Our Youth Pastor was mugged at gun point one evening in the parking lot a few months ago. We ensure a man escorts the ladies to their cars in the middle of the day. We make it a point to travel in groups of three at a minimum, with at least one man present, when we walk about the community.

We have about thirty people show up on any Sunday morning, and of that thirty only about half regularly show up every Sunday. The majority of the people who attend haven’t been believers for more than a year. The struggle is real and it is the struggle that Tracey and I believe, with all hearts, that God has called us to, and we are about the business of pouring out our lives as a drink offering here at Crossfire. Our prayer is that God will call out and bless his people in the midst of this broken community where fathers are absent or abusive, food is scarce, and bills barely paid.

From the Desk of @Jinksto