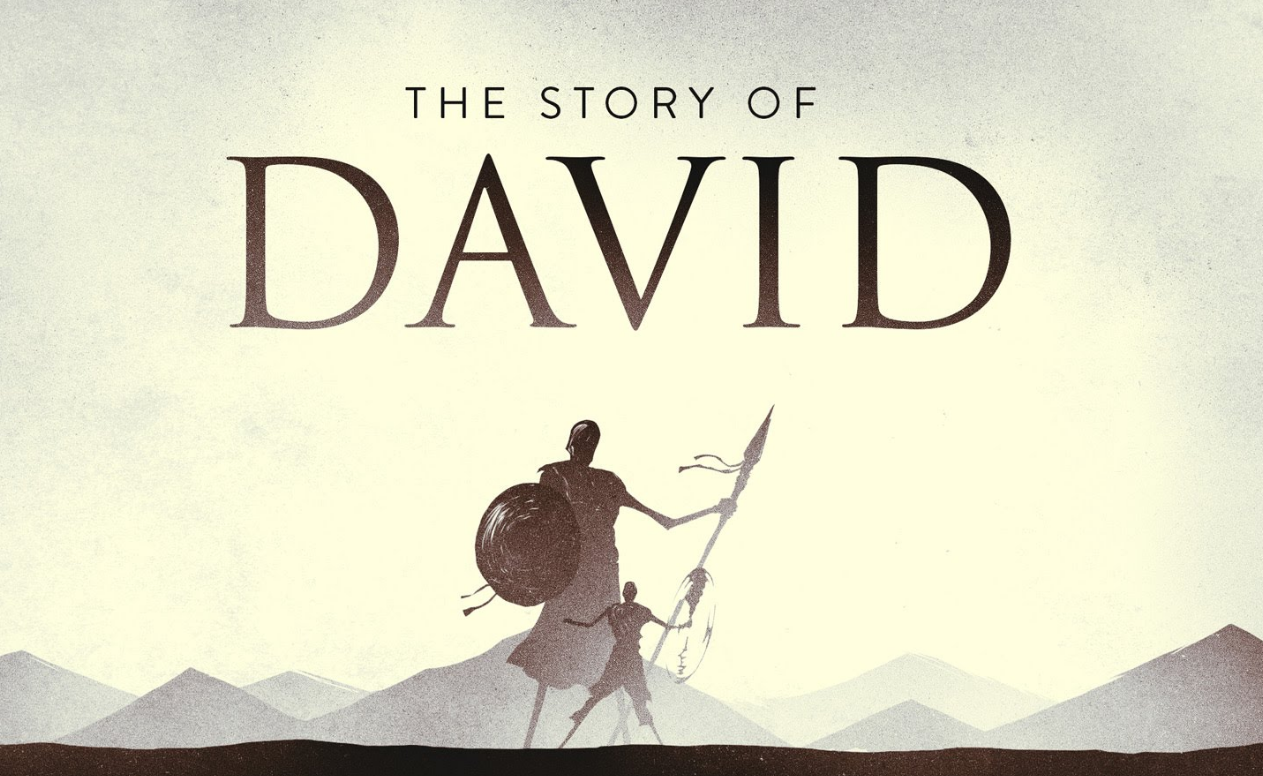 Inquiry into David’s faith provides a great opportunity to look at repentance. Faith and repentance are two different words, distinguished but never divorced in the Gospel. They are married to such a degree that true faith always involves repentance, and true repentance always involves faith. Christianity rightly sees them as two sides of the same coin.

While we often discuss the Gospel in objective terms, that is, discussing the facts of the Gospel:

This is good and necessary, yet it behooves us to also discuss the Gospel subjectively. Psalm 51 allows us to see the Gospel subjectively in David’s life, that is, how David experienced the Gospel in his life. We live in a time when many people intellectually agree with the objective terms of the Gospel. Plenty of folk are claiming to be Christians and walking the opposite direction. Let’s look at how one might walk the talk.

David knows he has sinned. Verses Psalm 51:1-5 demonstrate this clearly, where he states:

There can be no doubt that this is a man who is aware of his wrong doing. The Gospel requires us to recognize our sin, and David absolutely recognizes his. How about you? Are you one to lie to yourself and others about your sin? Do you see your sin for what it is, or do you attempt to justify yourself and tell yourself and anyone who will listen how you aren’t so bad.

It is a well known saying that the prison is full of innocent men. This is because so many inmates, after being tried, convicted, and sentenced for a crime, continue to propose that they really did nothing wrong, that they are not guilty, and they at worst they were merely unlucky.

How much more likely is it for men to wrongly profess their own innocence when they have yet to experience being tried, convicted, and sentenced for their sin? Men have a choice here, they may continue the farce, or face it. David demonstrates what it means to man up to his responsibility for his own sin, and David knows that the sentence for sin is hell.

David Knows the Penalty for Sin

King David knows that hell is the destination of those in rebellion against God, and that sin is the evidence of that rebellion. In verse 11, David cries out, “Cast me not away from your presence, and take not your Holy Spirit from me.” Scripture teaches a literal place named hell, and it describes this place of eternal anguish in great detail.

Unlike David, our culture doesn’t believe hell to be such a bad place. Most of you have probably used the terms “raising hell” or “hell of a good time” to describe a celebration, and many likely use it as an expletive on a daily basis. In short, it is common to not only deny our sinfulness, but to also deny that hell is a bad place or even exists.

When David begs God not to cast him away from His presence, I have no doubt that David has Sheol (the Hebrew term for hell) somewhere in mind. However, David is particularly talking about his personal relationship with God, note that he asks for the Holy Spirit to be with him. 2 Corinthians 1:22 teaches us that the Spirit is a seal of ownership on the Christian, a deposit guaranteeing what is to come, heaven.

Sin disrupts our relationship with and separates us from God and his Spirit. The result of which is eternal damnation. David knows that he has sinned, and that he has sinned against God. See Psalm 51:4, “Against you, you only, have I sinned and done what is evil in your sight”. God decrees that punishment is always the consequence of sin, no exceptions. You have sinned against God and your punishment is pending.

In Psalm 51:9, David pleads with God to, “Hide your face from my sins, and blot out all my iniquities.” He is so confident that God can and will do this, that he goes on in Psalm 51:14 to ask for God to “Deliver me from guilt O God of my salvation”.

We note here that David did not necessarily know how God delivers from sin. Easter hadn’t yet happened, Christ was a future prophecy and not a historical reality for David. Yet David did not let himself get tripped up on the how, he was satisfied with the what, that God is a God of salvation who delivers sinners from hell.

We stand on the other side of the Cross and have the rest of the Old Testament as well as the New Testament to understand how God delivers from sin. Knowing that Christ died to pay the penalty for sins of believers, we know how God can both decree that punishment is always the consequence of sin and at the same time deliver His people from that punishment, because Christ bore that punishment for His people.

David Responds in Repentance and Faith

We have already seen David confess his sins and demonstrate his faith in God for redemption from those sins. Now we look at how David turns away from his sin to pursue God. Previously, he asks to be cleansed (Psalm 51:2) and to have his iniquities blotted out and sins hidden (Psalm 51:9).

Now, we see him ask to have a clean heart created, and a new right spirit within himself (Psalm 51:10). This is paramount to salvation. David is a sinner, he knows that his heart and spirit are rebellious and hard. So he asks God to help him repent, literally to turn away from his sin by giving him what is necessary to do so.

In Psalm 51:17, he points out that the truly acceptable sacrifice is a broken and contrite heart and spirit, that God will not despise this sacrifice! Therefore, David brings his repentant heart and spirit to God, with faith that God will renew a right spirit in him and give him a new heart, that he might live in proper relationship with God, filled with the Spirit of God.

David Rests on the Promise of Forgiveness\Eternal Life

David’s faith is confident in God’s steadfast love, abundant mercy, ability and willingness to cleanse from sin. He knows God to be faithful to forgive, to teach wisdom, to do God’s good pleasure, and not despise repentance and faith. In short, David relies on God’s promise of forgiveness.

He also relies on God’s promise of eternal life. We have seen the great care that David has to pursue a proper relationship with God that leads to life. We also know how Jesus Christ himself defines Eternal Life in John 17:3 “This is eternal life, that they may know You, the only true God, and Jesus Christ whom You have sent.”

What do you Rely On?

Everyone relies on something. The atheist on the fantasy that there is no God, the agnostic on the idea that God doesn’t care, most folks rely on themselves, some folks rely on their grandmother saying a prayer for them, others rely on religiously attending church functions. David relies on God, who delivers. What are you relying on?

Are you a Sinner?

Most folks don’t believe themselves to be sinners, much less do they agree with David that they have sinned against God. We have a number of fun electronic devices today, and they get smaller and smaller.

Imagine there was a life recording device, assigned to you at birth, that faithfully followed you around your entire life and recorded every detail. Eventually you die. As you are standing before God to be judged, you say, “Excuse me, God. I’ve never really believed in you, and I certainly didn’t follow your laws, so I propose that it is unjust for you to judge me based on your rules.”

At which point, perhaps God will say, “Ok, I will judge you based on your own rules!” He then takes the device and presses the rewind switch, back to a point when you were three years old playing in the nursery. Some other kid took the toy you were playing with and you immediately start crying, “He took my toy! Don’t take my toy!”.

God says, “Great rule, Thou shalt not steal. I like it.” He then fast forwards a few days to you stealing a toy in the nursery from another kid. A few years later there is a scene where someone misled you, and when you found out you were angry and told them that lying is wrong and they ought not do it.

I suppose you see where that story is going. At the end of the day, you are a sinner.

Did You Sin Against God?

So if God sets the law in our hearts, and we break that law, then we have indeed sinned against God and we do indeed expect God to judge the matter.

Do You Need To Repent?

In a culture that teaches cheap grace, name it and claim it theology, and a prosperity gospel, repentance has all but disappeared. When the average person does hear about repentance, it is from a hell-fire and brimstone preacher who is just going for a shock effect to “scare the hell” out of people.

We ought to all be afraid of the reality of hell, but fear of hell alone doesn’t obtain salvation nor redemption. On the other hand, telling folks about all the benefits of the gospel, trying to make it as easy as possible to persuade them to have faith while hiding the biblical mandate to repent is of no use either.

You can not have true faith without true repentance, they are two sides of the coin of salvation. Repentance is a broken and contrite heart over your sin such that you turn your back on it, faith is pursuing Christ, expecting his life, death, burial, and resurrection to atone for your sins, and receiving a new heart and spirit.