I Appeal To You 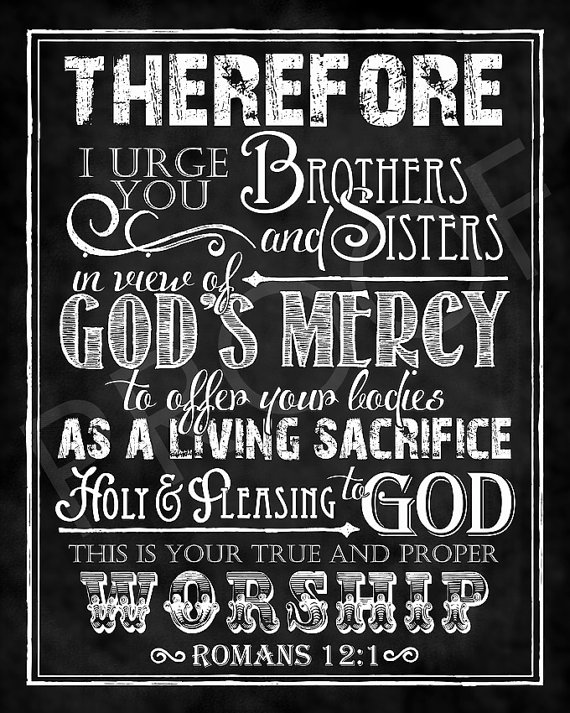 Once upon a time there was an old sow with three little pigs. She taught them all she could and admonished them that in whatever the did, they ought to do it with diligence and excellence. Then, not having the means to continue supporting them, she sent them out.

The first little was traveling along and found a nice shady place to rest, but when it got dark and rained he realized he needed shelter. Being altogether lazy and unwilling to work hard at anything other than sitting next to the creek, he gathered up some reeds and weeds and went about weaving together a straw mound with a door. As soon as he was done and lay down to recover from what he saw as hard labor. No sooner than he felt he fell asleep, there came a knock on the door.

It was Mr. Wolf come calling, and there ensued a conversation wherein the wolf asked for entrance, the little pig denied him, and the wolf merely took a deep breath, blew down the straw hut, and ate the little pig for breakfast. This little pig did not pursue diligence and excellence.

The second little pig traveled a distance further enjoying the adventure and distractions of the forest. However, it eventually got dark and rained upon him as well and he determined that he would need shelter as well. Being athletic and in shape, he wouldn’t make a lazy man’s house. However, he desired to play and seek pleasure more than work. So he set about gathering twigs and dead branches in the forest from which he eventually designed and built a small hut in the woods. It was sufficient and sturdy to keep the rain off while he slept so that he could pursue the pleasures each day.

Soon there came a knock on the door as well. It was Mr. Wolf come calling, and there ensued a conversation wherein the wolf asked for entrance, the little pig denied him, and the wolf merely took a deep breath, blew at the door. Nothing happened. So the wolf backed up, took a running start, and ran right through the side of the house, leaving a wolf shape hole while he ate the little piglet for lunch. This little pig did not pursue diligence and excellence.

The third little pig left home and immediately began searching for a good place to build his house. Once he found the place, he began baking clay into bricks, laying a foundation, and building the house. As he built the house, he planted a garden and working in the garden in the mornings and on the house in the evening he soon had a very nice house indeed and a pantry full of food.

Once he was fully settled in the house and had prepared for winter he relaxed in the rocker he built, next to the large fireplace, to read his book and rest. Soon there came a knock on the door. It was indeed Mr. Wolf come calling. there ensued a conversation wherein the wolf asked for entrance, the little pig denied him, and the wolf merely took a deep breath, blew at the door. Nothing happened. So the wolf backed up, took a running start, and ran right into the brick wall only to knock himself out for a while.

The pig carefully watched all of this transpire from the comfort of his rocking chair, never getting up or moving he was so unconcerned with the danger and confident in the foundation of the house. After studying the matter for quite some time, the wolf “borrowed” the little pigs ladder and leaned it against the house. The clever pig realized the wolf was attempting to get through the roof, to no avail. Eventually he heard the wolf scratching in the chimney, and he waited till the wolf was about half way down.

Then he stoked up the fire to roaring hot and took the lid off his vegetable soup that had been simmering over the little cookfire. The wolf quickly began trying to climb out but couldn’t make it and eventually fell right into the soup. The little pig merely put the lid on the soup and ate wolf stew for dinner instead. This little pig did pursue diligence and excellence.

We will begin looking at Romans 12, the last sentence in the final verse is where we will begin. As you are turning there in your bibles, consider Jesus parable in Matthew 7:24-27

Now answer this question for yourself. What sort of foundation are you building your house on? Which of the three little pigs best represents your life?

The last sentence in Romans 11:36 consists of a single word. Amen. With such a profound exclamation point, Paul draws to conclusion all that he has taught up to this point in chapters 1 through 11. Let’s quickly surf over those chapters, summarizing them, so that we have context for what is happening.

Romans 1: Paul, to the saints in Rome. I am eager to preach the gospel to you. The unrighteous have no excuse. God gave them up to their lusts.

Romans 2: In judging you condemn yourself. The doers of the law will be justified. Do you boast in the law but break it? A Jew is one inwardly.

Romans 3: The Jews were given the oracles of God. But no one is justified by the law. All have sinned and are justified through faith in Jesus.

Romans 4: Abraham was counted righteous by faith before he was circumcised. He is the father of all who believe. The promise depends on faith.

Romans 5: Therefore we rejoice in hope. While we were sinners, Christ died for us. As sin came through one man, so grace abounds through Christ.

Romans 6: We were baptised into Christ’s death. So consider yourselves dead to sin and alive to God. Offer yourselves to God for righteousness.

Romans 7: You have died to the law. Is the law sin? No, sin produced death in me. I do not do what I want to do. My flesh serves the law of sin.

Romans 8: The law of the Spirit has set you free. We are children of God and co-heirs with Christ. Nothing can separate us from the love of God.

Romans 9: I grieve for my kinsmen. But not all Israel are Israel. God has mercy on whom he wills. Israel did not pursue righteousness by faith.

Romans 10: Everyone who calls on the Lord will be saved. How will they hear if no one preaches? Moses says of Israel, “I will make you jealous.”

Romans 11: Even now there is a remnant of Israel. You Gentiles have been grafted into the tree. All Israel will be saved. Glory to God forever!

Amen. I envision Paul getting to this point and calling it a day. Then perhaps the next morning he comes in, gets his secretary prepared to start writing, and begins what we call Romans 12. But what would he say? Given all the preceding teaching and the finality of the amen, what would he build next. Well, we have it, so let’s read it. Romans 12:1:

12 I appeal to you therefore, brothers, by the mercies of God, to present your bodies as a living sacrifice, holy and acceptable to God, which is your spiritual worship.

When you see the word therefore in the bible, your first question should always be, what is it there for? Paul has, with excellent diligence, laid a foundation in verses 1-11 that he now intends to build upon. The therefore is there for us to see that what he is about to do rests on the truths previously taught. He is saying “here is the firm foundation”, Amen, therefore!

You believe something is true, therefore you think or behave the way you do! If you believe lies, you will live a life based on lies. The first little pig believed the lie that straw would shelter him, and he paid the price. The second little pig, more diligent than the first, believed the lie that the branches and twigs would shelter him. While it was better than the first little pig, it was not enough to prevent damnation from busting through the wall.

What they believed was foundation-ally speaking, the sand which Jesus says the foolish man builds upon. What are you building on? What are your there fores? I beg of you to build on the same foundation that Paul is building on, for it is the sure and sound foundation of the wise man and anything else is foolishness.

Assuming you have chosen to build upon the same foundation as Paul, the next question is what do you build? A life of living sacrifice!

Is that what you are doing today? Are you daily giving up something you value for the sake of something else that you regard as more valuable? Do others look at your life and is there enough evidence of such a lifestyle that they would accuse you of living a life of sacrifice? What did you give up today, and what did you give it up for?

These are challenging questions. They are quickly followed by the question of how. How does one go about valuing a life in Christ over a life in the world? Is it really better to give than to receive? What did you give today? How did you come to that conclusion. Paul gives us the answer, here in this verse. By the mercies of God!

Because chapters 1-11 are true and you believe them, you throw yourself upon the mercies of God in order to find the strength of will to value Christ over the world. It is only by the mercy of God that we embrace His truths. If we don’t embrace his teaching, we end up with a jacked up Gospel. We end up with a welfare mentality that says God owes me.

But by the mercies of God, we build on his truth, and the man of God see these things differently, asking the questions.

Who can I give my car to? Who can I share my home with? How can I financially help others? Who can I feed? To whom can I give the coat off my very back?

I appeal to you, therefore, brothers, by the mercies of God, to present your lives as a living sacrifice.